Posted on November 17, 2014 by cprsnorthernlights

Join us for our next Lunch & Learn session, where Christina Doll, Manager, Marketing and Communications for Initiatives Prince George, will talk about the new “Move Up Prince George” campaign!

Date: Friday, November 28, 2014
Time: 12pm-1pm
Where: Regional District of Fraser Fort George Boardroom (155 George St.)
Live streaming: Please indicate when responding if you wish to live stream the event. Further details about the live streaming will be distributed prior to the session.
Cost: $20/members; $25/non-members
Lunch: Provided
RSVP: by 12pm, Wednesday, November 26 by emailing cprsnl@gmail.com or on our Facebook event page.

About Move Up Prince George:
This campaign has been developed to increase the local population base by marketing opportunities in Prince George at a national level. Christina will discuss how this campaign was developed using the findings in the Workforce Intelligence Study commissioned by IPG and made public in the spring of 2014. She will share how the campaign was developed, how it is being marketed and how its success will be measured over the long-term. 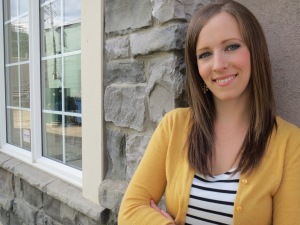 Christina was born and raised in Prince George and has worked in media and communications in the city for eight years. She graduated from the University of Northern British Columbia in 2005 with a Bachelor of Arts in English and also holds a Diploma of Technology in Broadcast Journalism from the British Columbia Institute of Technology and a Diploma in Public Relations from the University of Victoria.